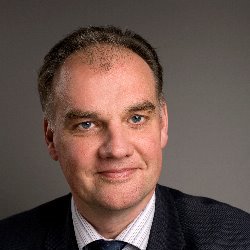 Uwe Truyen graduated at the Hannover Veterinary School in 1986 and did his postgraduate studies at the Hannover Veterinary School, the James A Baker Institute at Cornell University in Ithaca, and the Ludwig Maximilians University in Munich.
He obtained his Ph.D. equivalent (Habilitation) in virology in 1995 in Munich, and was appointed Professor for Molecular Epidemiology and Infectious Diseases in 1999. In 2003 he was appointed Professor for Epidemiology at the Veterinary Faculty of the University of Leipzig, and in 2006, he accepted the Professorship for Animal Hygiene and Control of Epidemic Diseases and the chair of the Institute of Animal Hygiene and Veterinary Public Health at the University of Leipzig.
His main interest has been for many years the molecular epidemiology of carnivore parvoviruses and feline caliciviruses, but has shifted in recent years on hygiene management and disinfection.
He is chairman of the German standing veterinary vaccination committee (StIKo Vet) since 2005, and was chairman of the disinfection committee of the German Veterinary Association He was the editor-in-chief (Virology) of Veterinary Microbiology from 2005 – 2016, and served as the dean of the Veterinary faculty in Leipzig from 2010-2013.
Uwe Truyen is a national specialist (Fachtierarzt) for viology, microbiology, epidemiology, animal hygiene and molecular biology, and was diplomate of the European College for Veterinary Public Health from 2005 to 2014.
Uwe Truyen is married and has three children.