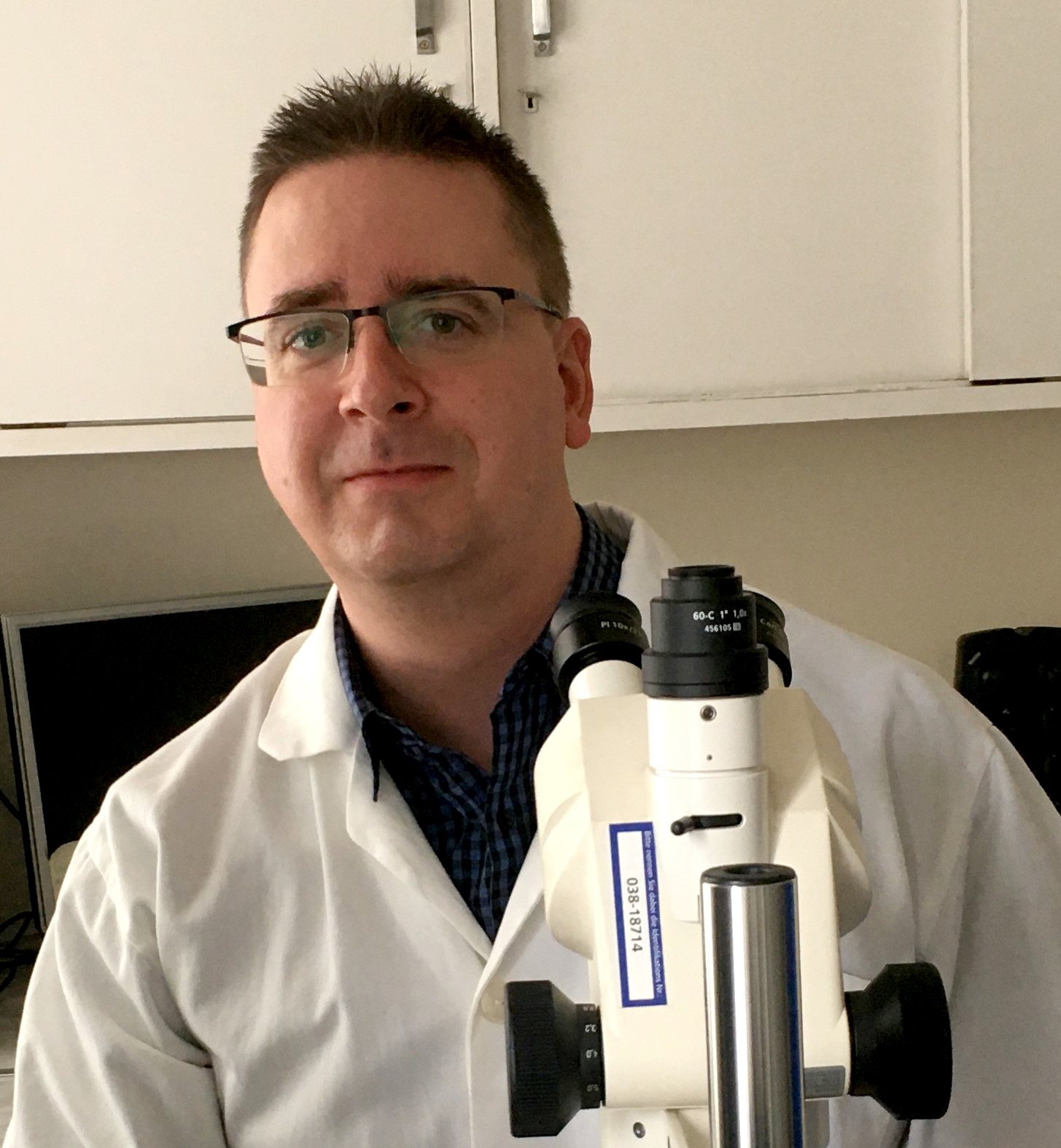 Miklós Gyuranecz is keenly interested in infectious diseases, particularly bacterial pathogens. He graduated as a DVM at the Faculty of Veterinary Science at Budapest, Hungary in 2007. He started to work at the Department of Microbiology and Infectious Diseases where he gained his PhD degree in 2011. His research field was zoonotic bacteriology, particularly select agent species, like Francisella tularensis, Brucella species, Coxiella burnetii and Bacillus anthracis. He worked as a visiting scientist in several laboratories in Europe and the USA. In 2012 he won the Momentum grant of the Hungarian Academy of Sciences and with this financial support he established his own research group entitled “zoonotic bacteriology and mycoplasmology” at the Veterinary Medical Research Institute. He set up conventional microbiology and molecular biology laboratories as well as he built a BSL3 laboratory and animal facility. His laboratory served as an OIE reference laboratory for tularemia between 2015 and 2018. He did his habilitation in 2019 and become the doctor of the Hungarian Academy of Sciences in 2021. Beside being the head of a 15-member research group he is the vice director of his institution as well as an honorary professor at the University of Veterinary Science, Budapest, Hungary. His primarily research area nowadays is veterinary mycoplasmology. Beside basic and applied research his team provides Mycoplasma diagnostic and consultancy services to pharmaceuticals and livestock companies worldwide. He has authored more than 120 peer-reviewed scientific papers and three book chapters.