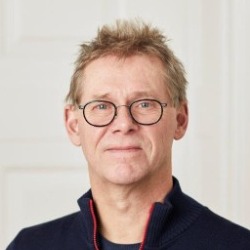 Dr. Angen received his veterinary degree from the Norwegian Veterinary Faculty in Oslo in 1989. He has worked in veterinary clinical practice in Norway and Denmark for 4 years. He received a PhD in veterinary bacteriology from the Royal Veterinary and Agricultural College in Copenhagen, Denmark, in 1997. From 1996 to 2013 he worked at the National Veterinary Institute, Copenhagen, as researcher, senior researcher and finally as head of section for bacteriology and pathology. From 2013-15 he worked as head of section for Bacteriology – fish and animals at the Norwegian Veterinary Institute. From 2015 until today he has worked as a senior scientist at Statens Serum Institut, Copenhagen. He has authored more than 100 peer-reviewed publications on veterinary bacteriology for a number of journals.